Small blocks of soap are sold in the markets for 50 francs (that’s 3 pence or 5 cents). The soap is made from a mixture of palm oil and caustic soda with the addition of a blue colouring that does little to hide the pasty texture.

Benjamin showed us how it’s made. He runs a factory housed in a corrugated iron shed that has rusted away in places and is one of four sited around a dilapidated yard littered with rubbish and broken vehicles.

The palm oil nuts are brought in by truck from Kalehe and crushed by an electric mill, except there was a power cut and neither it nor the people he employed were working. Benjamin told me they often work at night when the electricity is more reliable.

Oil is extracted during the crushing process and the remnant shells are sold for pig food. The oil itself is stored in crumpled barrels, mixed with caustic soda and colorant and stirred for forty-five minutes with a wooden stick. 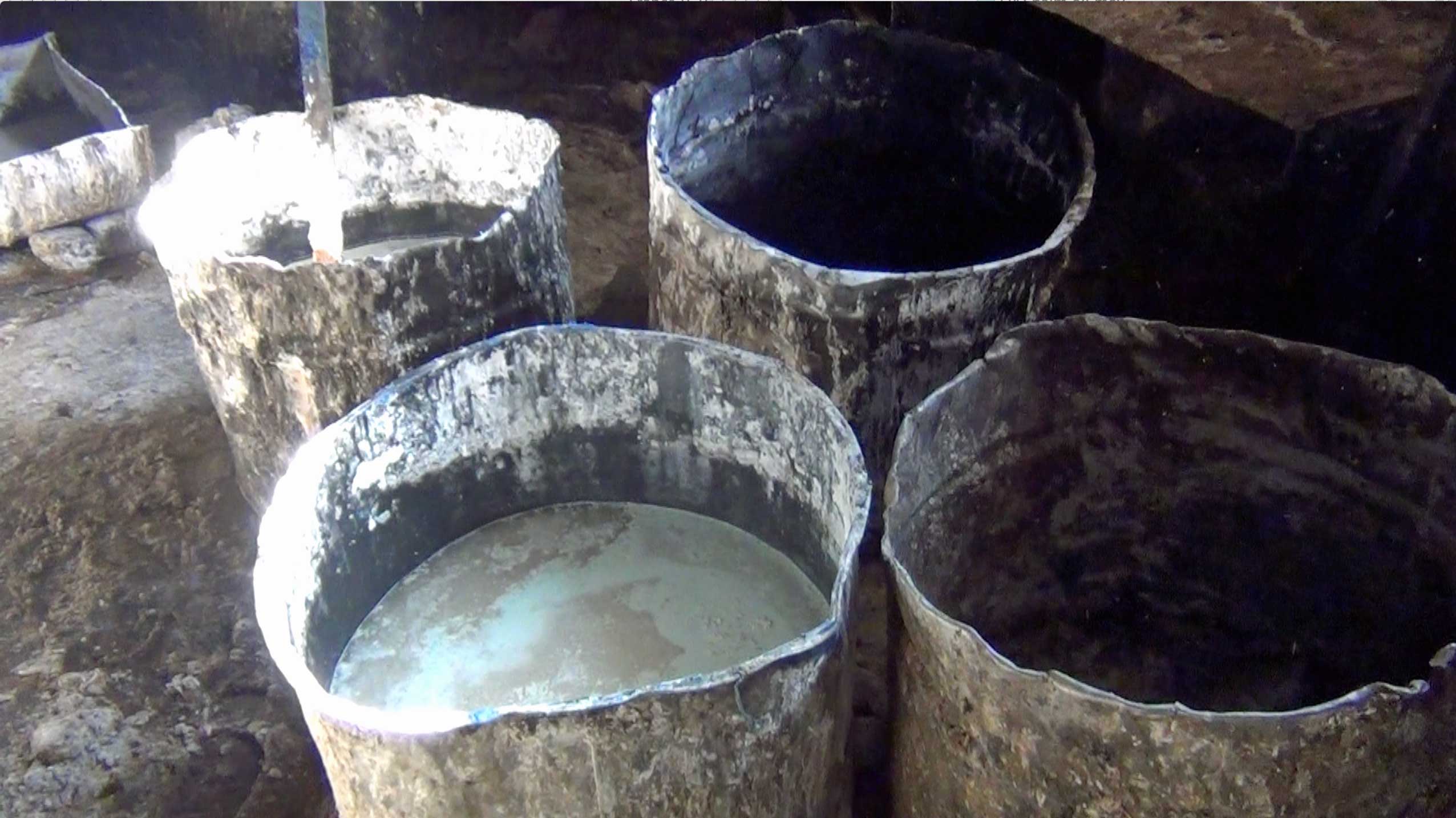 The liquid is then poured into a large block mould to set before being cut into slices and diced into small pieces.

Explained like this it might all sound straight forward. But it seemed anything but in the dim light and cramped conditions, with rudimentary implements and caustic soda to hand.