This introductory video has been made by three people living in Bukavu who would like to tell you about the city in their own words :

Bukavu was established early in the last century by Belgian colonisers who built a lakeside town with public buildings and villas and originally called it Costermansville.  In the 1950’s the population numbered around 35,000 people. More photos from the 1950's like the one below can be found here

The city was built on five peninsulas reaching out into Lake Kivu, which is backed by high mountains rising to 2000 metres that provide a panorama of beautiful and contrasting landscapes.

The setting today is as attractive as it was in the 1950’s, but the population is now over 1 million people with most living in poor housing  covering the surrounding hills and everyone making do with an inadequate water and electricity supply. 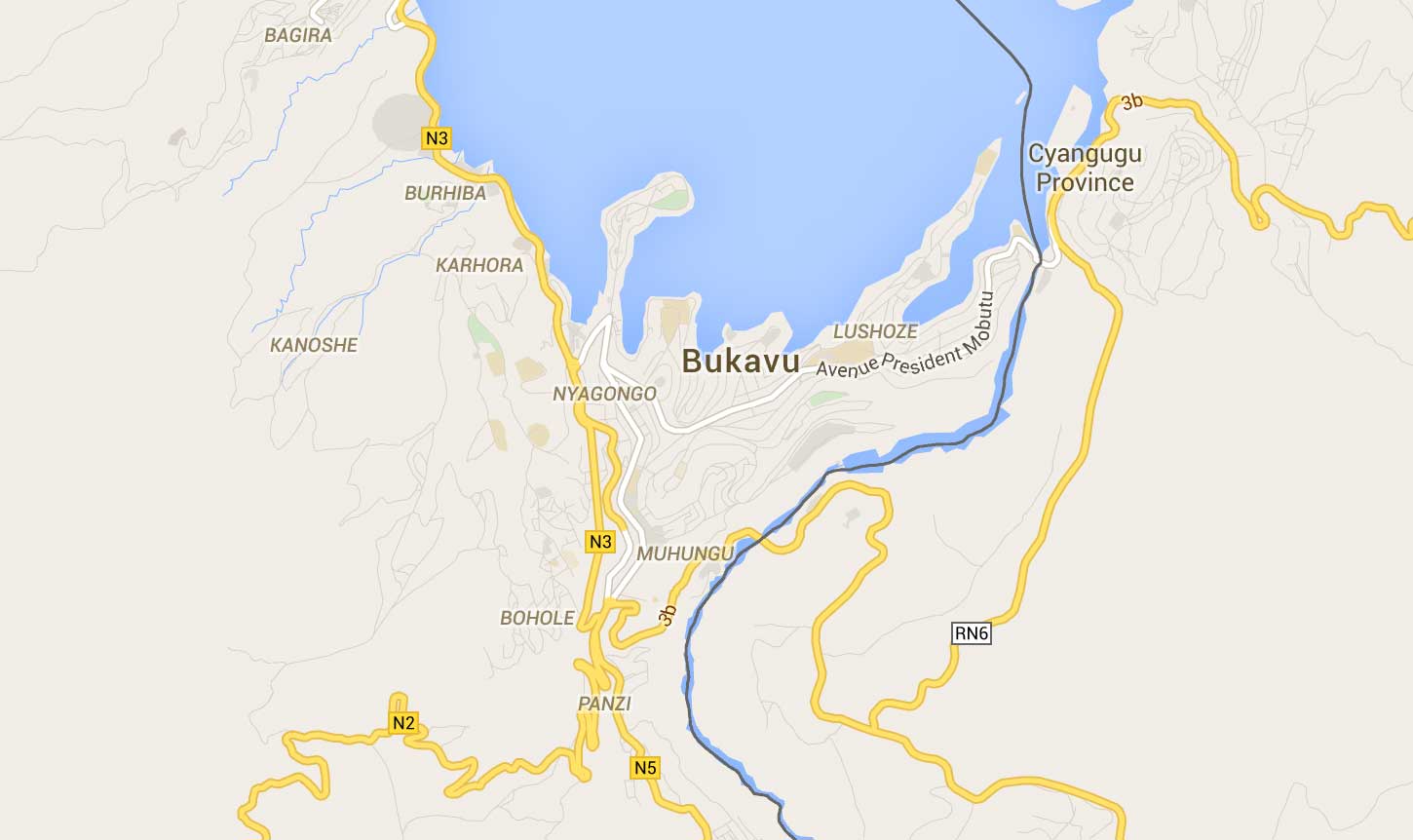 Just a few kilomtres from the city is the border with Rwanda at Rusizi near Cyangugu. Bukavu’s strategic location at the north end of the Rusizi valley on the border with Rwanda  is one reason why the city suffered during the Congolese wars between 1996 and 2004, when rapes and massacres took place here in a war of aggression between the Rwandan troops and General Nkunda, their RCD proxy, and Congolese troops who allied (not without political and humanitarian consequences) with the FDLR and Mai-Mai militias.

Bukavu is now relatively peaceful and a pleasant place to live. The people are friendly and resourceful and  mainly survive by means of small businesses found along the major roads. Only a thin layer of the population work in larger trades such as the wholesale of building materials, food, shoes and clothes that for the most part are imported from Dubai and Kampala.

A large majority of the people have barely enough money for domestic needs and something like 60% of the population live on less than 1dollar per day. Daily life in areas like Essence is particularly hard.

In short, Bukavu has a poor but vibrant population who are hospitable and show a disarming kindness!

Bukavu is accessible from Goma by a dirt road (207 km) that is only passable with a 4×4, by plane (± 30 minutes) or by boat (a 3 to 5 hours crossing of Lake Kivu). The latter option is favored by most people who enjoy the beautiful scenery and comfort, speed and punctuality. It is also possible to take a boat from Goma to Bukavu at night.

The city is 300 kms from Kigali and 145 kms from Bujumbura, the two neighboring capitals in Rwanda and Burundi, both of which are served by international flights.  The bus from Kigali to Cyangugu will continue a few kilometres down to Rusizi and drop passengers 100 metres or so from the border. The bus from Bujumbura to Bukavu travels through Rwanda and also crosses the border at Rusizi.

In the city itself public taxis are available and most travel the long stretch of Avenue Lumumba, offering a shared ride  for 500 Congolese Francs. It is possible to negotiate a direct fare to most parts of the city  for $5 or less. There are several places to go out and dance to Congolese rumba tunes, enjoy a drink and sometimes eat or play billiards. Atmosphere guaranteed!